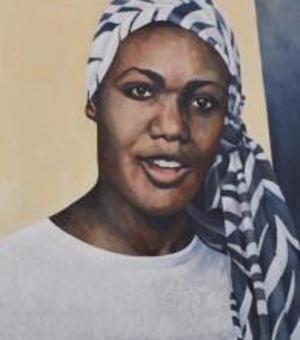 Lucy Banda Sichone was described after her death as Zambia’s “voice of conscience”.  An activist for human rights, she studied law as a Rhodes Scholar at Somerville but returned to Zambia to work in politics, founding the Zambian Civic Education Association, practising law, and writing a series of popular newspaper columns, many of which were fiercely critical of government corruption and abuses of power. Her outspokenness led to prosecution by the state – she was forced briefly into hiding – and won her an Independent Women in Media Foundation Courage in Journalism before her early death in 1998. She is the only female Rhodes Scholar to appear in a portrait at Oxford.